Today is my beautiful boy's 6th birthday. Six years ago I got up in the middle of the night to drive to the hospital with his dad to be induced at 5 o'clock in the morning.
Being a mom was the only accomplishment I knew I had to do as an adult. Colby was stubborn. He was a week late. I labored (without an epidural) from 5:30 am until 1:00 pm until I had had enough. I was tired. I gave into the epidural.

My youngest brother, Nick, skipped his college class to be with me at the hospital. Nick and I have always been close, but that really meant something to me. My friend, Tammy was also there. She helped through all the hard contractions. Nick kept Robbie entertained while Tammy helped me.

After the epidural, I went from a 2 to fully dilated in 2 and a half hours. The epidural worked too well - I was completely numb even up into my cheeks and ear.

It took 2 big pushes to get Colby into this world. I cried with joy. He was beautiful. I know it is hard to say a newborn is beautiful, but he was. He had a set of lungs on him as well. In fact, when I sent him to the nursery so that I could get some sleep, the nurses brought him back because they said he was crying so loud he was waking all the other babies. 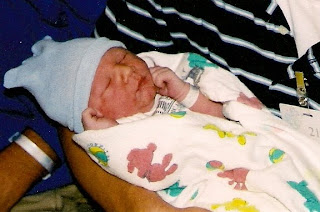 Colby was such a happy baby. He would gives smiles to everyone and let just about anyone hold him. I see a lot of myself in Colby ~ not just in looks either. His demeanor and disposition are very similar to mine. He is much more outgoing than I was, however, and I love that about him. He has a heart of gold, which is what I love the most about him. 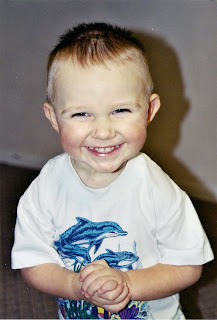 It doesn't seem like 6 years have passed since that wonderful day...and I am trying to keep them from flying by. 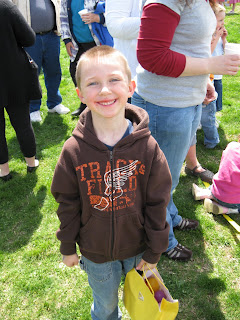