The best costumes are not bought

Two years ago when BOTH my boys decided to be ninjas for Halloween and I spent a total of 70 bucks on costumes that they NEVER touched again, I decided I was done!

Last year, I re-lived how much fun it was (when I was a kid) to design and make our own costumes. I went on and on about it.  I allowed my boys to search the internet.

They decided to be a cop and an inmate. I bought them sweatpants outfits (one black and one navy blue - $20 total, plus they could wear it afterwards) and made the rest by hand.(Yes, those are hats made out of poster board.  Yes, that is a ball and chain made out of a dog chain and tin foil. - What can I say??) 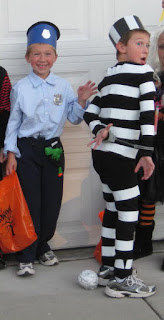 This year, again, I planted the seed.
Colby's was easy... His best friend was going as a nerd and he wanted to be one too.
Glasses - $1
Suspenders made of white duck tape (from last year's costume) and chip clips - free
happy (nerdy) child - priceless 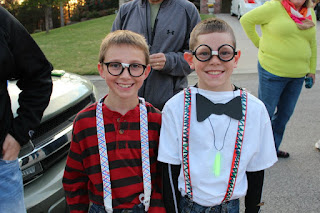 Now Sam's took a little more time and thinking...
Lab coat from school - free
rubber cleaning gloves from under the kitchen sink - free
red paint - 77 cents.
Sam being EXTREMELY happy because he got EXTRA candy because people liked his costume the best - priceless!! 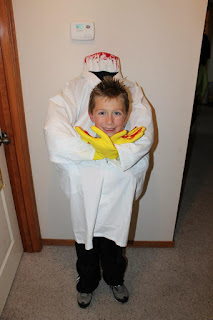 Today would have been my mother's birthday

Today is mother's birthday... She would have been 71 years old.
That's hard for me to imagine.
She was young and vibrant... even at 56 (the age she was when she died.)
Sometimes it is hard to believe that was 15 years ago...

I tried not to think about it too much today... It makes me sad, not just because she is gone, but because I hate that she is missing out on everything now... especially her grandchildren.

I saw this poem and it perfectly describes how I carry my mother with me everywhere I go. 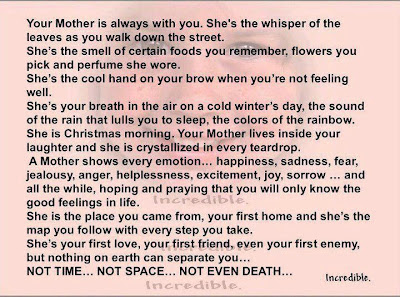 and then my brother posted this on FB...

The moon, a day past half full, but rising, a friend and I outside, a table of teak and festive Spanish tile beneath the whisper of trees wrapped in twinkling lights, a refreshingly cool night, amid a pleasant clatter and chatter of those around us with their glasses and plates half consumed, ice melting in our own margaritas, deciding slowly ourselves what to eat, amid easy conversation, the waiter back twice to check, finally served, and the moment makes me think of you, perhaps out of something, or out of nothing, uneasily, from a dinner unfolding now, to so long ago, and the present convivial conversation goes on floating above the memories so far below, the idea of your birthday, gone uncelebrated since a decade and a half ago, but the wind catches my napkin and your memory, and the distraction carries you away, again.

Yes, my mother was a writer... she passed that down to her children.

Email ThisBlogThis!Share to TwitterShare to FacebookShare to Pinterest
Labels: family

How do you know he really loves you??

He knows that you have had a long week because of Parent/Teacher conferences...
and the day after he learns what your favorite candy bar is...

You have 2 of these on your kitchen counter when you arrive home. :) 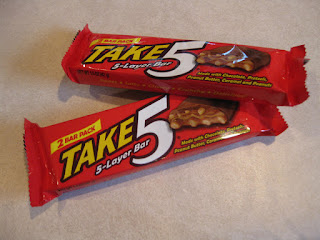 It's amazing what you'll hear, if you just listen...

I have always been a people watcher.
Some people might call it 'nosy'... I call it 'interested in human interaction'.

This weekend I spent the whole weekend with Ty and his whole family.
I loved to sit and watch the interaction between them all and listen to their conversations.
It's funny... to be an outsider who is allowed in to a tight knit group where nothing is being filtered .. and have to figure out all the little quirks and inside jokes and who feels what about whom.

Ty knows I love to eavesdrop.
He knows that I catch conversations that most wouldn't.

At the beginning of the weekend, he kept coming by me and saying, "This is what's happening." I'd reply with, "I know." and give him a little smirk...

By the end of the end of the weekend, I was telling him what was going on.
At one point and time, I was dozing on the couch almost asleep, when a conversation came up that I had info on.
I sat up and answered.
Ty was like, "I thought you were sleeping! ...Always Ms. Ears."

Who will make my lemons into lemonade?

Earlier this year, I wrote about an Sonny, an elderly gentleman who works at our local amusement park.
A couple weeks ago, I stopped at Sonny's lemonade stand like usual.  We greeted each other warmly and I asked Sonny what was new with him.
With a beam across his face and a glint in his eye, he told me he was retiring.
His reasoning??
His 86 year old brother had fallen ill and his handicapped nephew would now need his help. So he was retiring to take care of the both of them.
I jokingly told him he wasn't retiring, just changing jobs... but that I was glad he could be there for his family.

Customers began filing into line behind me, so I told Sonny congrats again and that we would miss him...
I walked away.
My bestie, Laura, looked at me and said, "You're not done with him, are you?"
I silently shook my head.
"Go" she said. "Go do your thing, so you don't have regrets."

He finally concluded that cherry pie would be nice.

But that didn't stop me.
I had cake deliveries galore...
I had thought that I wasn't sure where I was going to squeeze my pie delivery in...
The boys joined me and at 4:30 we arrived in Sonny's line.
There were lots of people there... and I saw that same mundane action and the deadness in his eyes that I saw the first time I met Sonny.
I told the boys that we would wait until there were less people.
A gentleman walked up and said, "Excuse me. Are you in line?"
I responded, "Kinda... we're here to see the one serving the lemonade..."
"Oh! Must be grandpa." as he smiled.
I smiled back... yep, that is why Sonny touched my heart that first day... because he reminded me of my grandpa.

When the line cleared, the boys and I walked up. Sonny didn't notice at first, his head was down.
"Hey Sonny!"
He looked up and smiled. "I thought you had forgotten..."
"Sonny, I will never forget you!" 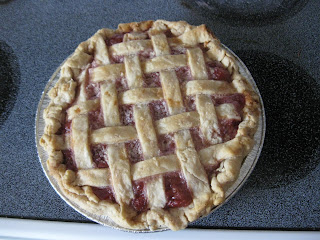 We handed him his pie and we stood and talked until his lines filled up with customers again.
We gave hugs and said our goodbyes... knowing I may never see Sonny again...

... and knowing that I would never quite enjoy frozen lemonade quite the same ever again.
Posted by Dawn at 10:39 PM 3 comments: 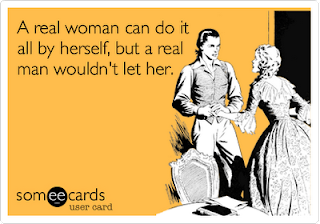 I have always been a self-sufficient woman.
My momma taught me to be that way.
Anything that my brothers could do... I could also do... and vice versa.

The men I have dated in the past saw that self-sufficient woman... and took full advantage.

Can I mow my own grass?
Sure.
So why would they need to mow it for me?
Maybe... because I don't really like to cut grass...

The minutes.
The hours.
They go flying by.
...and here I sit awake.

With thoughts of nothing... and everything ...filling my mind... My being.

I wish I could just let it all go.

Go to a place of slumber... of deep solemn peacefulness.

I wish I could be certain.
I wish the days wouldn't fall into my nights.
I wish for heavy eyelids earlier than midnight.

Email ThisBlogThis!Share to TwitterShare to FacebookShare to Pinterest
Labels: swirling around in my head
Newer Posts Older Posts Home
Subscribe to: Posts (Atom)
I am a mom. I am divorced. I know this life has lots in store for me - I just don't always know what's around the next bend.