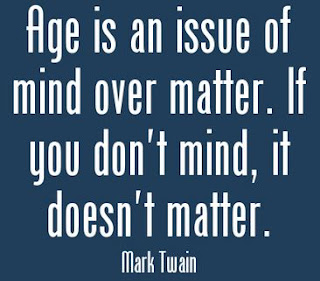 There.  I said it.
(It happened whether I said it or not.)

You know how you have this envisionment in your head about how a BIG birthday like 40 should be...  but also as a forty year old, you kinda have to roll with the punches...

So, I decided to rock out my 40th by bringing 40 cupcakes to school.

Today was a sure sign that I randomly bring cupcakes to school for no reason too often...  No one was like, "Hey!  What's the special occasion??"

And you can't exactly be like, "Hey have a cupcake and celebrate my birth, damn it!"

So, I quietly set them in the lounge like I normally do and waited.
Nothing.
Only one teacher remembered. Great guy that he is.
Even my bestie forgot.
By mid-day, word had spread and, of course, people came and gave their well wishes.

It just kinda felt like a let down...
I mean, I have had some EPIC birthdays!

But then I made the decision that this was silly to be expecting something from others...
So I decided that I would do 40 random acts of kindness for this birthday of mine...

And I would start with my 40 cupcakes :)

Funny, how when you make a decision like that things turn around.

It started pouring right around noon.  Colby was supposed to have a cross country meet, but because of the rain, it got cancelled.  Which meant we could go out to dinner like we normally do for birthdays.

It just so happens to be Endless Shrimp at Red Lobster - So I made it my goal to eat 40 shrimp for my 40th. LOL
Crazy, I know.
I let the waitress know right after I pushed my salad aside and didn't touch it (or the cheese biscuits).  I could tell she was getting worried something was wrong.
She did a fantastic job and kept the shrimp coming!

I'm not sure how the next part went down because I tend to be in a bubble when my boys and I are out together...  But when it came time for our ticket, she kept bypassing our table.  She had been SO on top of everything and then it came time for us to go.., and she just wouldn't stop at our table.

She pointed to a table two tables away.

I walked over and shook their hands and told them, "Thank you." and then, "Why would you do that?"
"It's your birthday isn't it?" I nodded. "And the waitress wasn't supposed to tell you!!"

And I thought *I* was the one who was supposed to be doing the Random Acts.
Posted by Dawn at 10:11 PM 2 comments:

I hate the internet because it lies

It was my last class of the week... Full of 2nd graders who take half of the class period just to log in.
We have been talking about how to make secure passwords for the past 2 weeks.
So, I gave them a short quiz to see what they had learned.

I had this one little boy who wasn't answering the questions as I read them.
I kept coming by and encouraging him to keep up with us.
It didn't work.

So, I asked him to stay after.
I asked him why he wasn't doing the quiz. (I thought maybe I was going to fast for him to follow along)

"I hate the internet!"

What?!  What did that have to do with where we were at in our class??

But I knew I couldn't have him hating my class all year, so I asked, "Why?"

I told him I understood.  That there are websites that say things that I don't agree with, but that the wonderful thing about the internet is that if you don't agree with something a site says, all you have to do is close out of that site.  It's that easy.

You know that light bulb moment that teachers long for?  It happened right then.

His eyes lit up.  He put on a smile and said, "Hey! You're right! Will you help me with this quiz now?"

I know this wasn't some big revelation like when algebra FINALLY clicks, but it made my week when I really needed a smile.
Posted by Dawn at 8:57 PM No comments:

Normally by the end of the 2nd full week of school, I'm back in the groove of things...
But not this year.
This year, I feel completely out of place.

Sure, everyone in my building is a friend of mine.  I get along with them fine.  But there is a difference when you struggle the same struggles and rely on others around you.

I am the only one in my boat.

People keep asking me how I like my new position.
All I can say is that I'm adjusting.
No one wants to hear that I feel like I've been dropped off the cruise ship in a little row boat and I'm out in the vast ocean rowing alone.

No, they want me to say that it is great!  That it was the best decision ever made.

So, I keep telling myself that it will get better...
That I will enjoy all of this extra time...
That good things will come out of this.

Email ThisBlogThis!Share to TwitterShare to FacebookShare to Pinterest
Labels: teaching
Newer Posts Older Posts Home
Subscribe to: Posts (Atom)
I am a mom. I am divorced. I know this life has lots in store for me - I just don't always know what's around the next bend.