The sermon was long...longer than usual.
We had a guest pastor.
I was trying to listen to what he was saying... but couldn't.
I couldn't because Colby's cold little fingers kept running up the back of my arm, up into my armpit, tickling me.
I whisper, "Quit." but as I do, Colby giggles.
He is tickling and giggling and I can't help myself...I begin to snicker.

Through my snickers I attempt to whisper, "Quit" again, but right about that time his cold fingers dig deep into my armpit.
I squirm.
His infectious laughter gets louder.
I have to join in.
It's been TOO long since we have laughed like this.

...It was a good message I got at church today...and I have no idea what the sermon was about.
Posted by Dawn at 9:35 PM No comments:

Things I would rather NOT do on a Saturday night

There are a lot of things I enjoy doing on a Saturday night...this list is NOT that list.

Scraping bubble gum from the inside of my dryer.

Yes, one of my children successful left gum in their pants pockets. This, in turn, plastered it on the inside of my dryer.
Let me tell you...Using peanut butter on the gum that is stuck inside your dryer does nothing but makes your dryer greasy.

What??!! Peanut butter works on hair and clothes...why not on the inside of the dryer?

So...a back ache and an hour later, I successfully have removed both the bubble gum and the peanut butter.

Another reason why I should hire someone to do my laundry....as if the list wasn't long enough already!
Posted by Dawn at 9:57 PM 1 comment:

Email ThisBlogThis!Share to TwitterShare to FacebookShare to Pinterest
Labels: Laughing keeps me from Crying, mishaps, parenting

I wish I was with Spencer every day.
I wish things were easy.
I wish my back didn't hurt and the my eyes weren't always heavy.

We don't always get what we wish for...

Spencer told me today that even though we have discussed marriage, the longer he stays single... the more he thinks that he might stay single and never get married again. I wish he hadn't said that...even though I played it cool, my mind was going crazy. I wanted to say "Why would you say that? Don't you want to grow old with me?" But I didn't. Wishing that he didn't say that... wanting him not to feel that way, doesn't change anything.


We both tell each other how much we want to be in the same place as the other...but some days I wonder. I wonder if I am wasting my time wanting something more for the both of us. I know that was part of the downfall of my marriage. I wanted it...and because I wanted it, I was able to make it happen... for a while. But it didn't last. Because no matter how much you want something for someone else...if they don't want it themselves, it isn't gonna last.


I just wish the want wasn't there...but it is.

I want the dream life...I just don't know how to wish it into existence.
Posted by Dawn at 8:09 PM No comments:


I find myself waiting for the next bomb to drop.
Am I destined to not have a life-long partner?
I analyze every action or non-action.
I over-analyze silence.
I drive myself crazy with the "What will I do, if...?"
I wish I knew where to go next...
Posted by Dawn at 7:58 PM No comments: 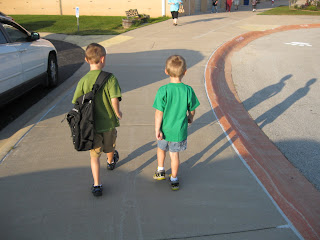 wipe the tears
it'll be okay
why are you crying?
it'll be just fine.
okay. go ahead and get it out.
just walk away
spend a little some time by yourself
do you feel better?
"What??!! Oh, no Sweetheart...Mommy is just fine. Glad to see you like your class so much!"
Who knew dropping my youngest off at preschool would be so hard?...on me. 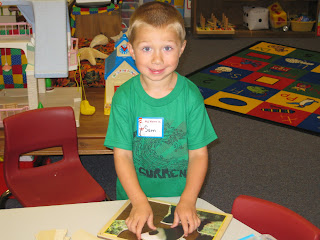 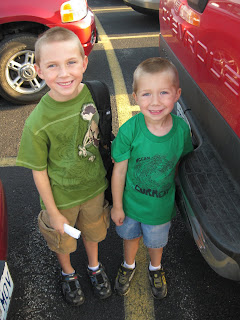 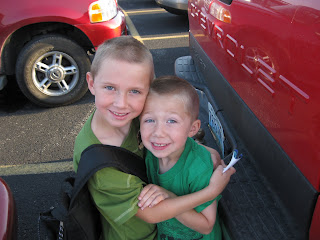 curvy road up ahead

I sometimes feel like just about the time I get on the straight and narrow road, out of nowhere a sign for a curvy road up ahead appears. That sixth sense that you know something isn't right...but want to ignore because things are going so well.


Then you hit that curve and your tires squeal and you're a little dishevelled because even though you had a sense that it was coming...you really weren't completely prepared for how sharp the curve would actually be.

yeah...that's how my love life is right now. Sometimes I just wish for the straight and narrow...
Posted by Dawn at 11:39 PM No comments:

My ex called me today to thank me.
"For what?" I asked.

He had just heard on the radio about Jon Gosselin from 'Jon & Kate plus 8' called the cops on his ex, Kate, because she violated the terms of the visitation and came and saw their kids when it was his turn.

a reason for letting it go

I had a dream the other night that my ex's new girlfriend was at a party at "my" house (in my dream it was mine). She followed me inside for me to get her some fruit salad. I specifically picked the pieces of fruit out that I wanted her to have. I place the plate in front of her. As I came around the corner from the kitchen, she hopped up from the bar stool where she was sitting and threw her arms around me in a big hug. My arms were pinned to my sides...there was nothing I could do! As she hugged me, she said, "I knew we'd be friends one day."

Today (in real life) my ex's girlfriend brought me my boys. My ex had other things that he was doing and she was coming my direction. She has never been involved in the swap offs.

(This is mainly because of the strong hatred that I had for her...and I did not hide it from him(my ex). I have never had such hatred... when I saw her or heard her name, I saw red. This hatred spawned from knowing that the man who had once vowed to spend the rest of his life loving and taking care of me...told me he didn't love me any longer...and now had love for another. It angered me that he could move on...that our life together seemed like dust in the wind, ever present, but rarely seen.)

So... my ex's girlfriend was concerned (rightly so) when she was given this responsibility of bringing the boys to me.

I took their hands in mine...and turned.
...and then turned back and thanked her for bringing them to me.

For when my children think of me, I want them to think of me showing grace and respect... not a seething red faced monster.

...but I don't think there will be any hugging going on anytime soon.
Posted by Dawn at 9:55 PM 15 comments:

Life is stranger than fiction

What pushes people over the edge?
What makes them do things that are out of character?
Is it possible for them to regain their former self?

One of my friends is going through a divorce. (I won't give major details as I want to protect the innocent.) Her husband, however, is currently on an emotional roller coaster. One minute he will be as sweet as pie (his former self) and the next he is loud, belligerent, demanding, and OBSESSIVE!

He has never hit her (that I know of) but he yells at her. (Again, out of character.) The other day when I was with her, he was yelling at her on the phone and she was holding back the tears, so I took the phone from her and said, "Please stop."

He hung up on me, but this started him throwing his words at me. He started texting my phone. I think I received 12 full length texts from him in the matter of 5 minutes.

I was scared...for her, for me, and for my car I had parked in their driveway.

Not too long ago, she had hidden all of his guns and his ammunition. Two nights ago, he went off on her until she gave in and told him where they were. I know my friend has a good head on her shoulders, but I don't think I would have told him no matter what! He can only do so much damage with words, but with a gun...

Then last night, my garage door opened. I walked outside ready to get onto one of my boys because they were supposed to be getting dressed for bed. When I called their names, the answers came from their rooms. I re-closed the garage door. I was freaked out!!!

You see, I might just be jumping to conclusions... and it might have just been a fluke thing, but my friend's husband is a serviceman and he did some work in my house about 6 months back. At the time, I gave him the code to open my garage door and I have never just had my garage door open by itself. It just seems a little TOO coincidental.

I did the only thing I knew to do... I locked all my doors, stayed up (later than I should have) to listen for any strange noises, and kept a golf club by my bed (with plans to change the code this morning). Knowing that he has his guns again is what really frightens me.

I know...this all sound like something from a soap opera or a suspense movie...and right now I wish it were one!
Posted by Dawn at 10:26 AM 5 comments:

Colby said, "You know what I wish Mom?"
Me:"What son?"
Colby: "I wish you and dad lived in the same house again."
Me: (smile falling from my face) "That's never gonna happen."

I'm just realizing that my son is the same age I was when my parents divorced.
I remember having a similiar conversation with my mom...already knowing that was never going to happen.
I remember many feelings I felt around those times and conversations imprinted forever on my mind.
I remember being torn between wanting to love both parents, but not wanting to dishearten either parent because I had love for the other.

Email ThisBlogThis!Share to TwitterShare to FacebookShare to Pinterest
Labels: Colby, parenting
Newer Posts Older Posts Home
Subscribe to: Posts (Atom)
I am a mom. I am divorced. I know this life has lots in store for me - I just don't always know what's around the next bend.